There’s nothing like an embarrassing moment to prevent you from moving forward in God-confidence. While I can laugh now at this high school memory, it had lasting consequences that took me a long time to escape.

As a freshman in high school, I tried to break out of the shy-girl gig to join the cool-kid gig.

The cool kids were social and hung out in exclusive groups. They were class officers, went to parties, and always wore the just-right thing. They were much more extroverted than introverted me.

So the way forward seemed crystal clear: become extroverted. Just put myself out there enough and the cool-kid gig would be mine.

My freshman year I was elected to Student Council. Honored but intimidated, I knew I’d be faking confidence and hiding insecurity. Nevertheless, I figured it was worth the effort as this could be my ticket to coolness.

When Student Council was in charge of the skit at the pep rally, I volunteered to be in the skit.

That’s what confident, cool kids did.

Yep, a skit in front of the entire student body of 500 people.

I had no idea what the skit would be about or my role in the skit. In hindsight that would have been good information to gather.

While I don’t remember the specifics, I do remember that the skit involved several of us girls being waitresses.

As waitresses, each of us would prance about in a black body leotard, short shorts, bare legs, and high heels. No speaking parts. Just walking around the entire gym floor carrying a tray, like a waitress would carry.

I’m not sure what I imagined I’d be doing in the skit, but this wasn’t it.

But one thing about me: I was committed. No backing down for me. After all, wouldn’t that look like I was scared and intimidated? Since I was faking it and hiding my insecurity, I’d just have to do it.

I didn’t own a black leotard, so for this one-time skit, instead of buying one, I borrowed one from a friend. A 12-year-old friend, two years younger than me.

That tells you a lot about my little skinny body.

I liked being skinny, but I was skinny all over. While the cool, older girls filled out their black leotards with their ample chests, I just wanted to hide.

I remember thinking, Just get through it and don’t look at anyone in the crowd.

So that’s what I did. With heart pounding, I walked around the entire gym floor, in my high heels, black leotard, short shorts, carrying a tray.

When it was all over, one of the cool guys from Student Council walked up to me. Wow. He’s coming to talk to me. To me?

He flipped his surfer-dude blonde hair, looked at me, and laughed, “Wow, what were you thinking?”

One of my guy friends, overhearing his comment and trying to soften the blow, said,

I shrugged my shoulders and turned away before he saw the tears in my eyes.

Just be the shy, quiet, introverted girl, I told myself.

Putting myself out there, performing in front of people was hard already. But then having this experience? No way did I want to ever do that again in any form. It crushed my spirit and reinforced my sagging self-confidence.

So you can see the cool kid thing didn’t quite happen the way I envisioned. And this cringeworthy moment seared itself in my memory.

And worse, into my identity.

I defined myself as the girl who shouldn’t try to put herself out there because I would fail.

Some people have an “I’ll show you” attitude when they’re faced with circumstances that say, Don’t even try. But not me. I wrapped that false identity around me and wore that cloak for a long time. In my next post I’ll explain how I started to move past this crushing moment.

As I look back at that moment, along with wondering why I thought the black leotard moment was a good decision, I wish someone had told me, You don’t have to fake it and try to be someone you’re not.

I didn’t have a whole lot of people speaking words of encouragement to me then.

And just that lack of positive encouragement contributed to my spirit-crushing self-criticism.

Maybe you can relate to that. Maybe no one is saying negative things about you, but at the same time, no one is speaking positively.

And I know some of you heard negative labels much of your life, maybe from the very people who should have been speaking positively.

I know a young person who was verbally abused almost every day during his teen years. I can’t even type the vile words he was called.

So sometimes we adopt someone’s else’s harsh words as our own. And another person’s words don’t even have to be super harsh to crush our spirits.

They cripple us, discourage us, defeat us.

They shut us down so that we’re not trying to live out God’s purposes for our lives. We’ve convinced ourselves we have nothing to offer. No way to bring Him glory with who we are and what we have to offer.

Remember this quote from one of my previous blog posts:

“When we buy into those schemes and lies [of Satan], then we become hard on ourselves. We become discouraged, defeated, and distracted. And then the travesty is that we stop living out God’s purposes for our lives.“

So we go back to our strategy: take that thought captive to the Lord and replace with His truth.

I did learn to move past this false identity, and I’ll tell you about that in my next post.

Please notice that I have TWO SEPARATE BLOGS:

This blog, Doing the Best We Can Blog.

and then my MelanieSChitwood Writing Tips Blog (formally Next Step Coaching Services blog). 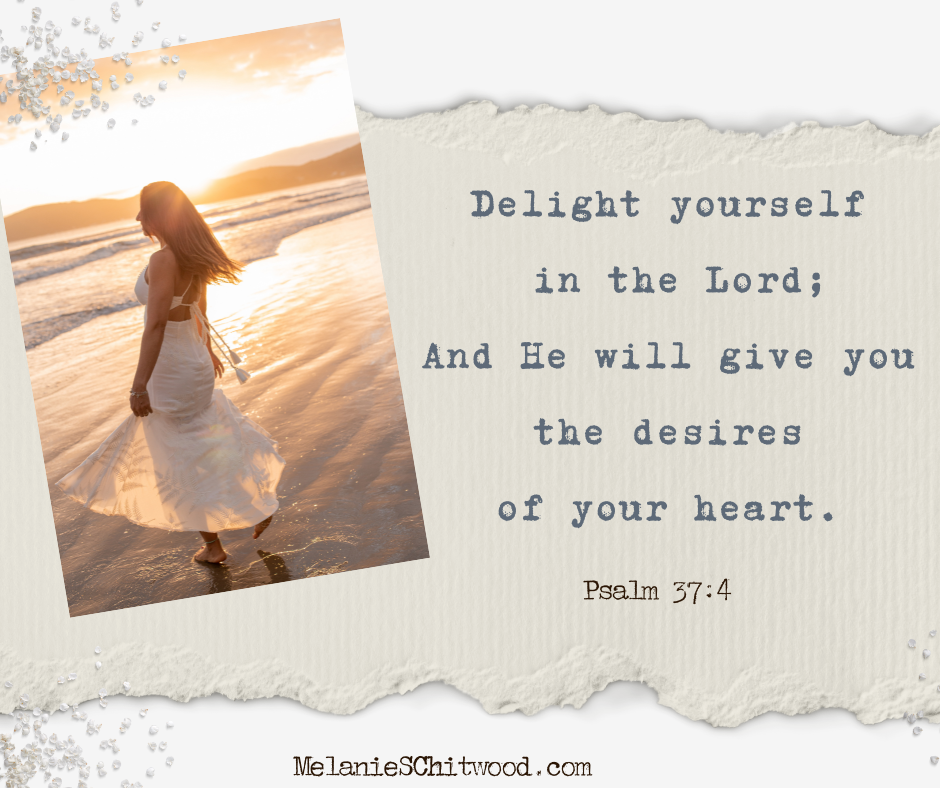 What does your heart long for? Is that a hard question to answer? Is it something you haven’t thought about? Or haven’t thought about in a long time? If you’re like most women I know, we don’t spend a whole lot of time thinking about the longings of our heart. I think one of the… 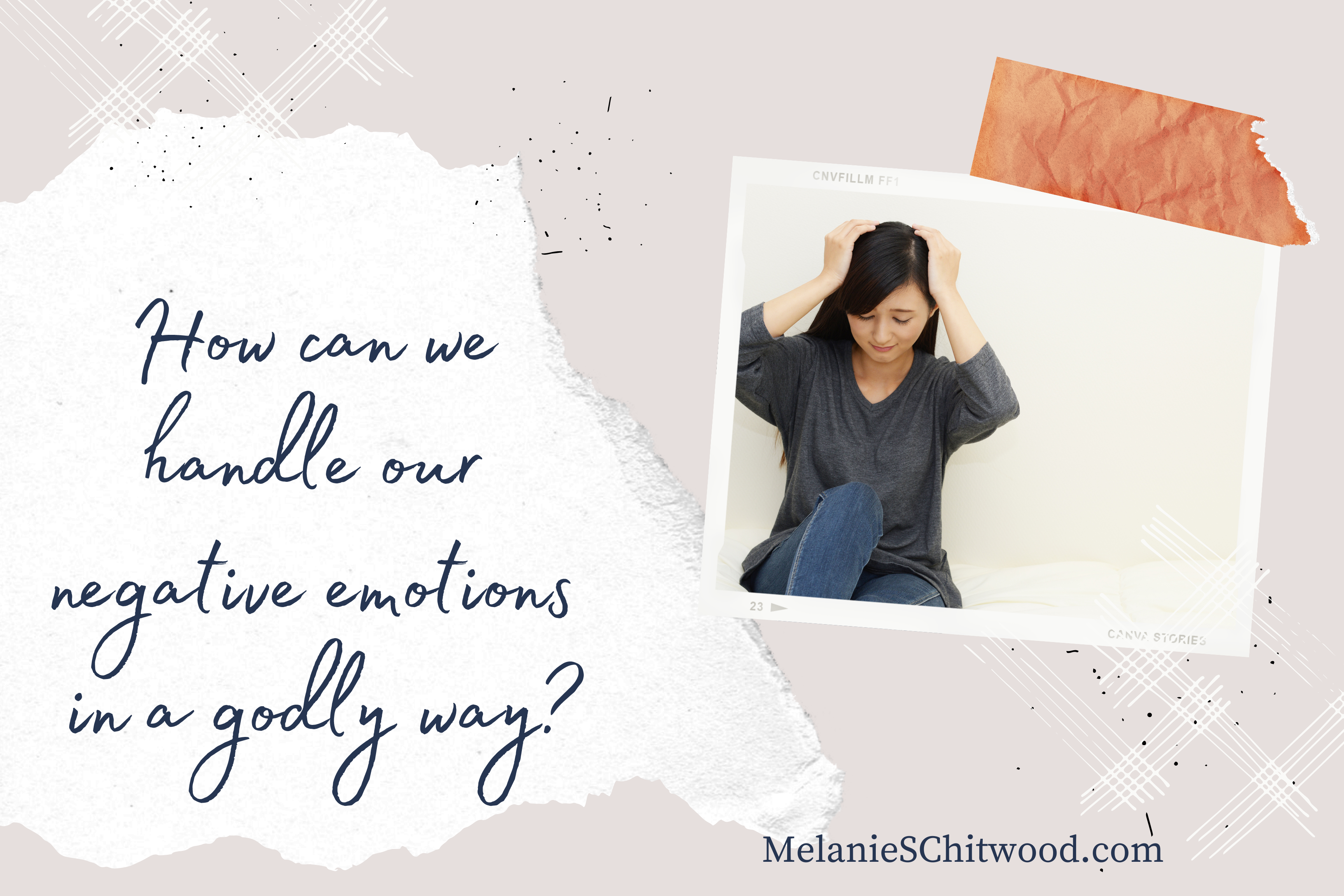 Have you ever felt bad for feeling bad? Aren’t Christians supposed to be happy? But what if you’re feeling depressed and sad? If you trust God, shouldn’t you feel calm and secure, not anxious and fearful? Sometimes we’re not sure what to do with our negative emotions. And we often choose extremes when it comes… 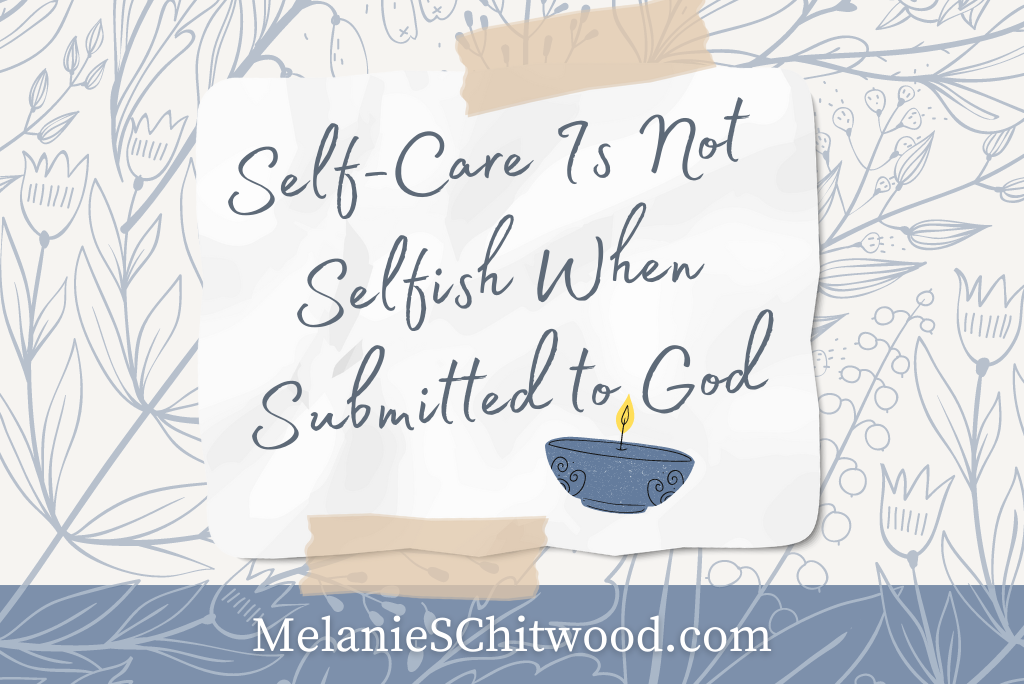 Everybody’s got something hard in their lives. A situation they can’t see their way around or through.  A person who’s a struggle. Finances or work that stresses. Health that is failing or weakening. Children going a direction they never imagined. A marriage crumbling. Faith that seems faltering more than fulfilling. An accumulation of hard things,… 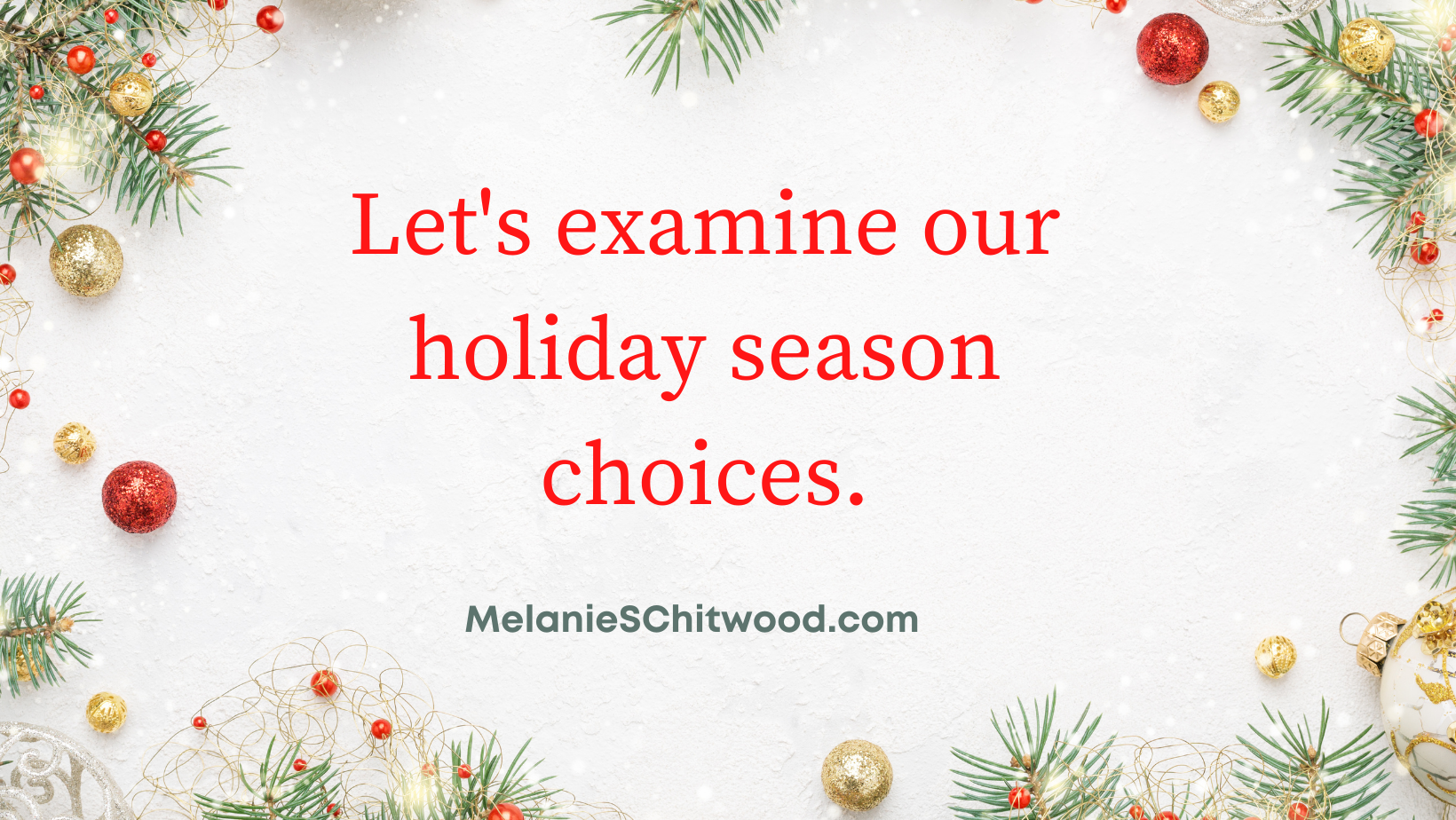 My husband and I have been reflecting on holiday season choices we’ve made in the past, and we’re analyzing which ones served us well and which ones didn’t. For us, that means looking at our choices in light of honoring God, others, and ourselves. Here are a few purposeful choices we’re making for the holiday…