We’ll look at three grammar rules to break: ending a sentence with a preposition; using one as subject; using at least 5 sentences for a paragraph.

Don’t end a sentence with a preposition 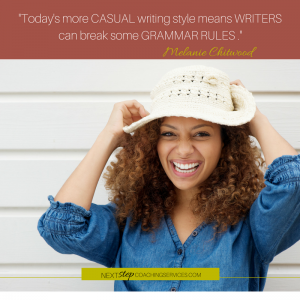 Prepositions are words that show relationships, usually with space and time.

For example, the following are prepositions: of, on, out, at, in, for, before, to , under, over.  Just google and you can find a list.

I’m not sure where I first learned this rule about not ending a sentence with a preposition, but I do know it’s ingrained in my brain. This is one rule I purposefully tell myself it’s okay to break!

You’re not going to say, I asked him from where he is. We don’t speak that way, and you don’t have to write like that!  So this sentence is okay. So is the following:

Again, you’re probably not going to write this: With what did you paint?

There’s another situation where you often see prepositions at the end of a sentence. A certain type of verb is called a phrasal verb. That means that these verbs have specific meanings when used with a preposition. Some examples: step on; break down; bring it on; come up.

One kind of situation does not need a preposition. Read the following sentence:

Where are you at?

This sentence ends with the preposition at, so why isn’t it correct? The at is not needed. You can simply write, Where are you?

Don’t Use You as the Subject

Have you seen writing using as the subject the pronoun one?

One is an indefinite pronoun in the third person point of view. It’s often used because in the past many writers were taught not to use you.

In writing we use three points of view:

1st person, using as the subject the pronouns I or we.

2nd person, using as the subject the pronoun you.

3rd person, using as the subject the prounouns one; he; she; they

It is acceptable to use one, but it’s more formal. My recommendation is to use you or we.

Let me show you by revising the above sentence.

A paragraph should be at least five sentences

Not anymore. Short paragraphs are trending, even one sentence paragraphs.

Here’s an example from Bill Hybels’ The Power of a Whisper, p.128.

“…In a flash I imagined everything going horribly wrong.

Henry crashed, the drink spilled onto the message notes, the computer slid off the table and the grandfather nearly came undone.”

I’ve enjoyed putting on my English teacher hat today! Any other grammar rules you break or have questions about breaking? Let me know! 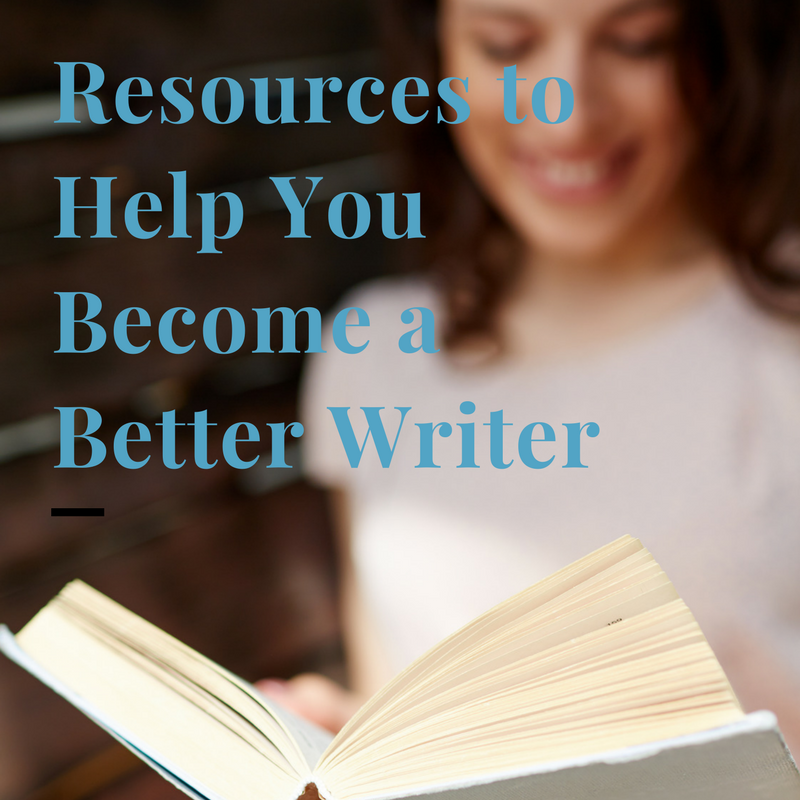 Did you know that part of the writing process is to read about, research, and study the craft of writing? You might want to schedule a day every week or every other week to devote to learning. Look up some of these resources, take notes, and know this is helping you grow as a writer…. 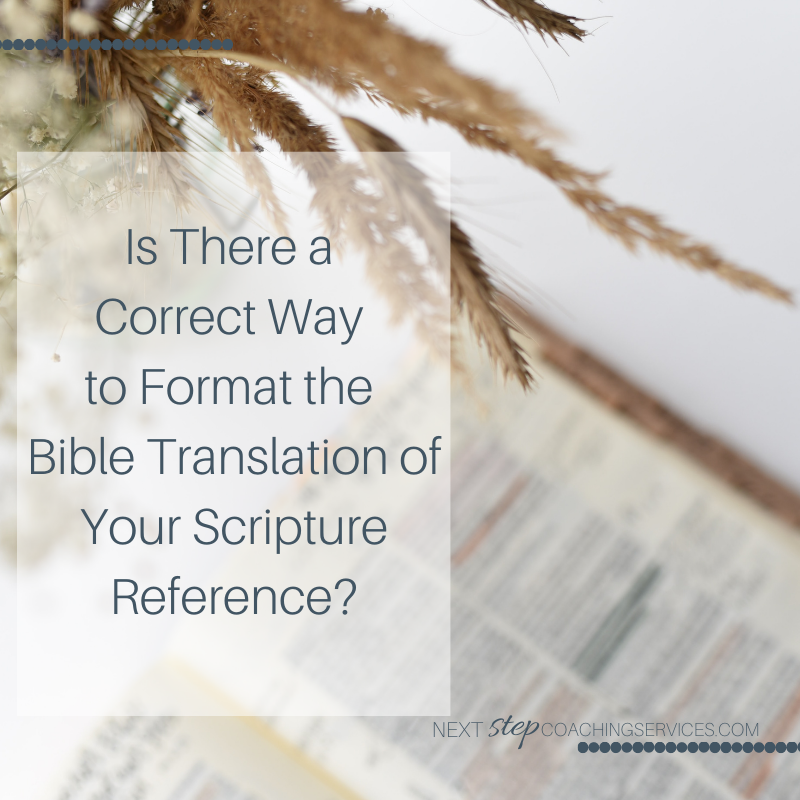 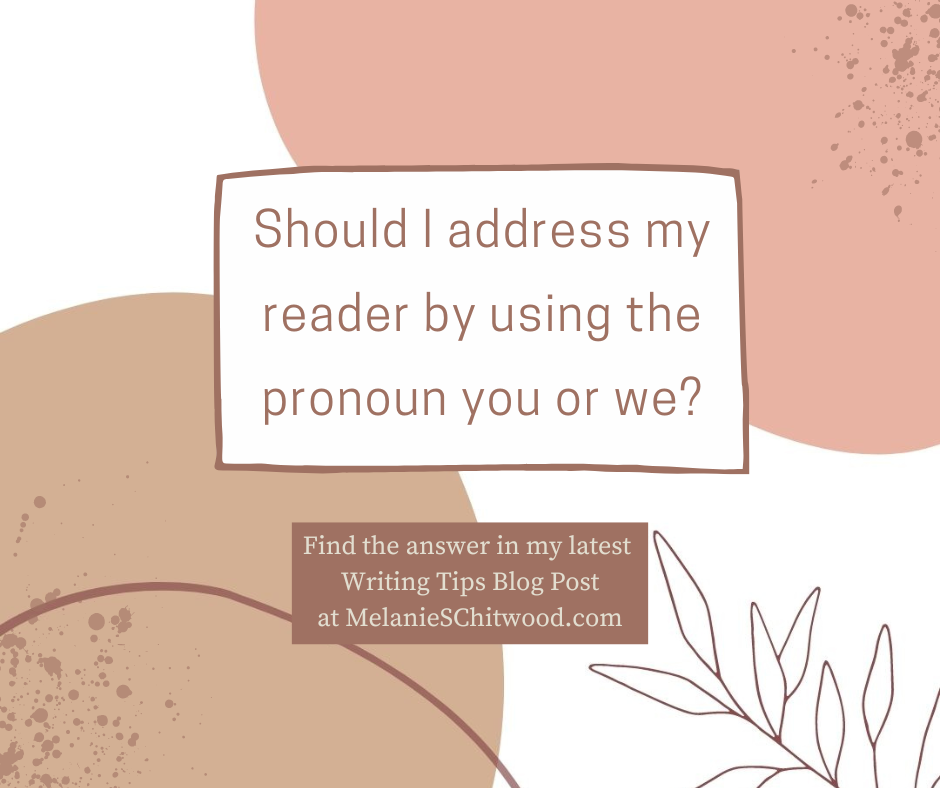 When I’m writing, should I address my reader by using the pronoun “you” or “we?” The answer? Both. Let me explain with an example. Notice in this excerpt from a devotion I wrote that I’ve italicized you pronouns and emboldened we pronouns. ++++++++++++++++ Excerpt from “Do You Think I’m Beautiful?” by Melanie S. Chitwood taken…

We’re continuing our “What Does It Feel Like to Be a Writer” series with the cofounders of FlourishWriters, Mindy Kiker and Jennifer Kochert. (For previous posts in this series you can click on Melanie Chitwood, Kathi Lipp and Nicole Phillips, and Barb Roose.) Mindy and Jennifer come at the writing life from opposite sides of… 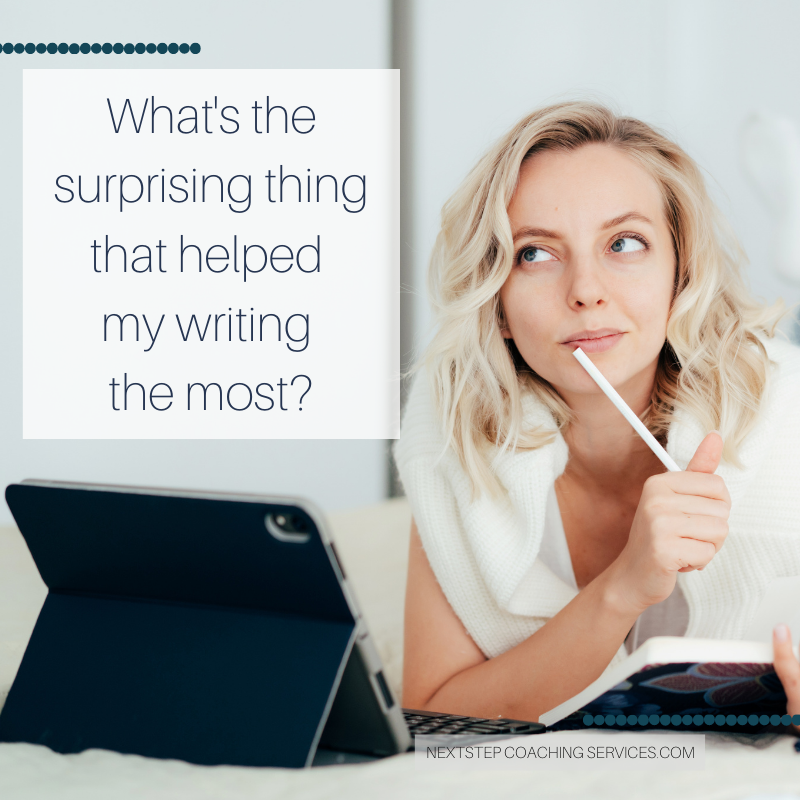