Because you can hardly read a paragraph without stumbling on a comma, knowing some hard and fast comma rules will help you to produce a professional manuscript. And, of course, the main reason for any punctuation is to provide clarity and increased readability. Today let’s look at five rules for using commas.

Using commas to separate words in a list (or series) of three or more is a common comma rule. When you use a comma before the word and as you get to the end of your list, it’s called an Oxford or serial comma and looks like this:

Example: We took a hike, picked apples, and enjoyed a picnic lunch.

I prefer using the Oxford comma, where you always have a comma before the and in a list.

However, note that it is also acceptable not to include that last comma, in other words not to use the Oxford comma. In that case the sentence would read:

We took a hike, picked apples and enjoyed a picnic lunch.

What’s important is that you pick a style and use that style consistently throughout your manuscript.

When your sentence starts with an introductory word or short phrase, use a comma.

Example: On the other hand, I see your point of view.

Example: However, I am sticking with my first answer.

Example: Oh, I didn’t see you there! 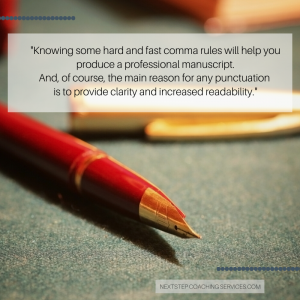 When you use two or more adjectives before a noun, use a comma between them (these are called coordinate adjectives, in case you’re nerdy like me and love knowing things like that!)

The key to using the comma correctly is that the adjectives describing the noun must be equal in value in order to need a comma. So here’s a little trick to know if they’re equal in value: You can replace the comma with and.

So let’s try this with our example. Let’s take out the comma and replace it with the word and:

Stephanie is a kind and smart girl. Because using and retains the same meaning as when using the comma, then you know you need a comma there. Try another one:

Example: The steep, winding road leads you to the cabin.

Is the comma needed in this sentence? Yes! Steep and winding road makes sense, so you know you need a comma.

Let’s look at one more example:

Example: She uses white, bath towels in all her bathrooms.

Correct or not? Not! No comma needed. How do you know? Replace the comma with and—She uses white and bath towels. That doesn’t make sense, so no comma needed. But if you’re still not sure, try reversing the order of the adjectives—She uses bath and white towels. You wouldn’t say this, so you know a comma is not needed. This is the correct sentence:

She uses white bath towels in all her bathrooms.

Example: Amy, the physical therapist who has worked at that location the longest, is my favorite. .

In this sentence the appositive is the physical therapist who has worked at that location the longest and is renaming the subject Amy. It is nonrestrictive, simply adding more information, so the commas are needed.

Let’s look at another example.

Example: One of my favorite authors Rachel Hauck has released a new book.

Correct or not? Correct! The appositive Rachel Hauck is restrictive, meaning it’s necessary to the clarity of the subject so no commas are needed.

With the word too

The word too means in addition or also. It often comes at the end of the sentence.

Most of the time when too is used at the end of the sentence, you do not need to use a comma.

Would it be wrong to use a comma before too in this example? No. If you want to create a pause for emphasis, you could write the sentence like this:

So the rule about using a comma with too? It depends! If you want to create a pause for emphasis, then use a comma.

If you put the word too in the sentence, you usually are doing so to create emphasis and would need the commas. That sentence would look like this:

I hope these rules have helped you! If you want to read more about commas, you’ll find a post here with some additional comma rules.

If you have a specific question about using commas, let me know and I’ll give you an answer!

Beyond the Shadows of Our Writing Doubts Part 1 I’ve been struggling with some doubts about my writing. What about you? Maybe you’re staring at a blank screen and feeling stuck. Maybe you write some but then delete everything. Maybe your focus or direction isn’t clear. I get it! I’ve been in that place! But… 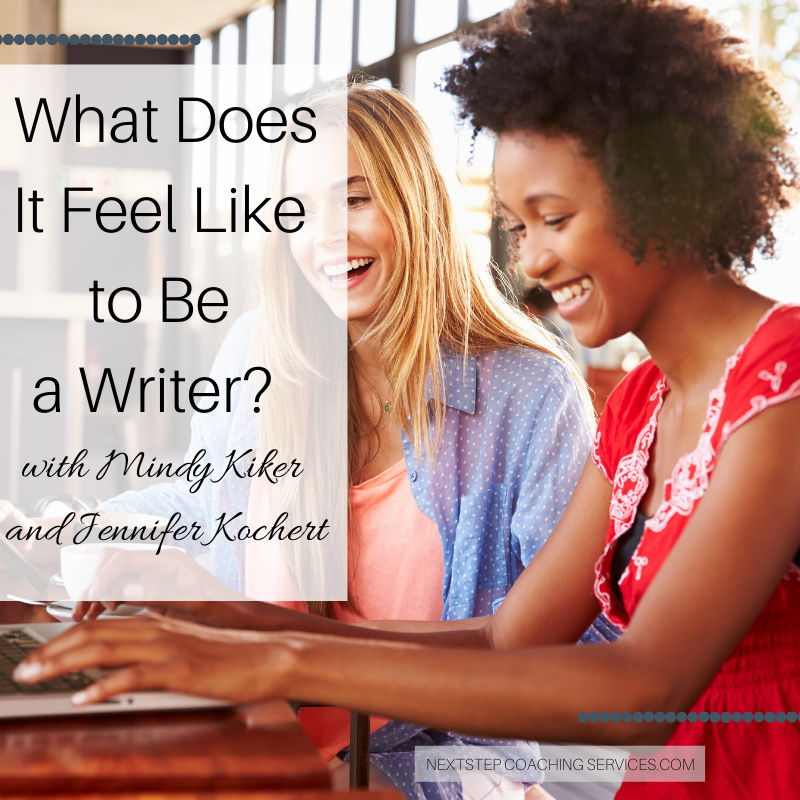 We’re continuing our “What Does It Feel Like to Be a Writer” series with the cofounders of FlourishWriters, Mindy Kiker and Jennifer Kochert. (For previous posts in this series you can click on Melanie Chitwood, Kathi Lipp and Nicole Phillips, and Barb Roose.) Mindy and Jennifer come at the writing life from opposite sides of… 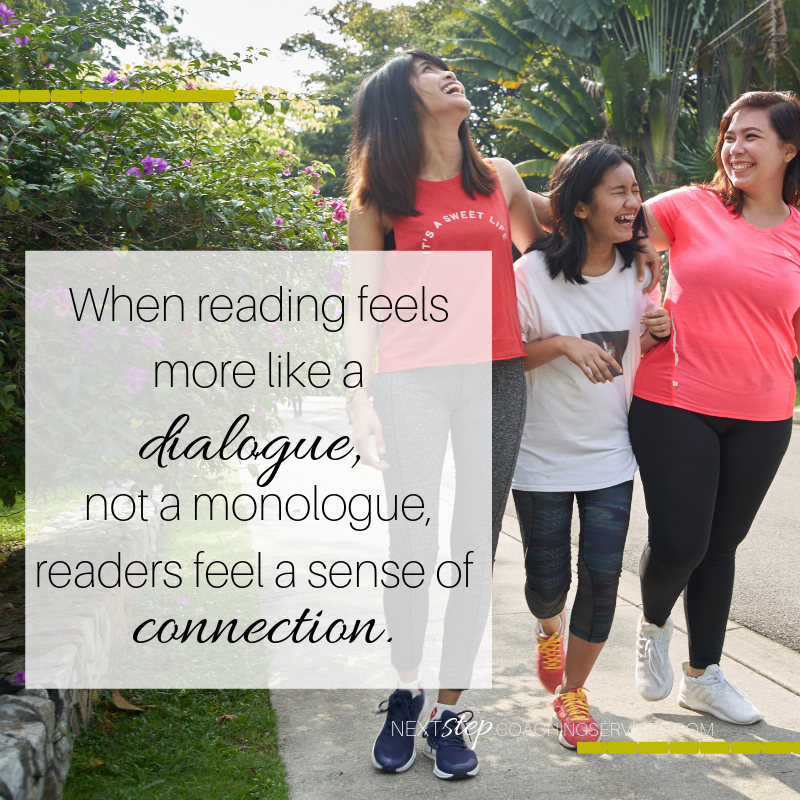 We discussed how important it is for writers to connect with their readers in last week’s post. Let’s continue with that topic. Here are three ways to create a connection with our readers. Reading is a dialogue, not a monologue If we think of writing as a dialogue between reader and writer, not a monologue,… 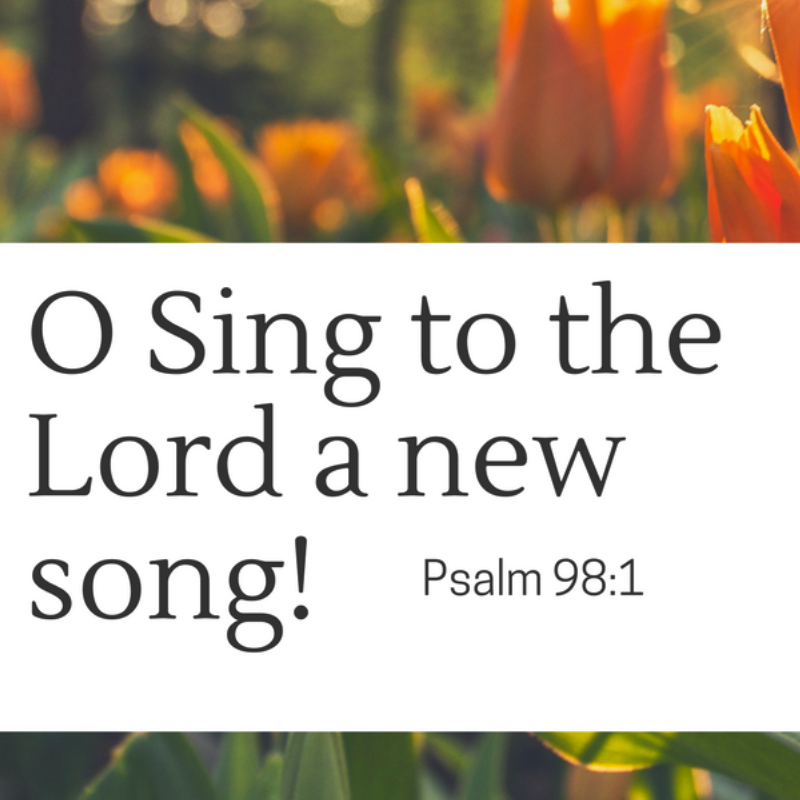 I love the start of a new year filled with possibilities and freshness, a chance to look forward and take steps in a new direction. And, yes, I even love making New Year’s Resolutions. I’m embracing some small changes – not sleeping with makeup on and taking care of yucky paperwork immediately rather than procrastinating….

After taking the summer off, I’m so excited to return to writing. As I sit to write this blog post, however, something happens: I feel stuck. Nothing comes to mind to write about. I am frustrated, but I’m pretty sure I know why I’m feeling this way: I’m doubting my ability as a writer. Do you… 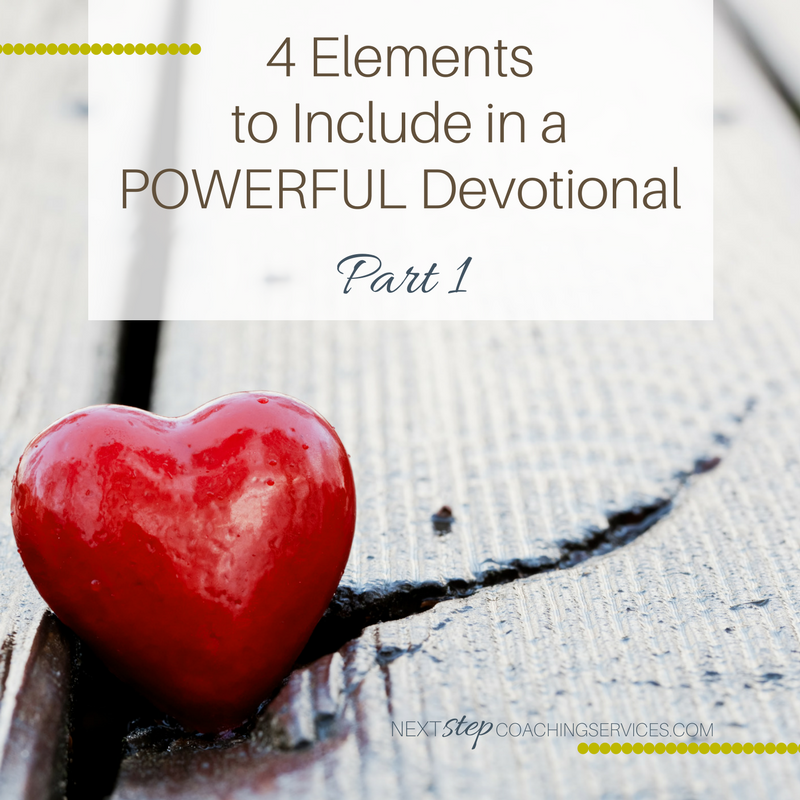 Today we’ll start looking at 4 elements to include in a powerful devotional. Have you ever had a great idea for encouraging others, but you just don’t know how to put it on paper? How do you start? How do you express your main point? Today’s blog post and the next four blog posts in…